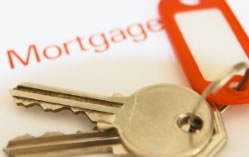 Citing his governments desire to encourage low income Lagos residents to own homes without much stress, the Lagos State Governor, Mr. Babatunde Raji Fashola on Monday 03/02/2014 flagged off the Lagos Home Ownership Mortgage Scheme (LagosHOMS). Mr. Fashola said LagosHOMS is part of his administration's solution towards reducing the acute housing deficit in Lagos State. According to Fashola, "the economic realities had made house ownership almost impossible for most income earners". He went further to say, "for many years, our people have had to acquire houses, often times being required to pay cash once and for all, as if they were buying a shirt or a pair of shoes in a shop. This approach in part, explains why a large number of ordinary middle class and working people, cannot afford to acquire homes on the basis of their legitimate income derived from hard work. In Lagos, we are of the view that a home is not something you buy in one day, but over time in a way that your ability to acquire is tied to your income and continued prosperity".

Mr. Fashola asserts that about 1,104 houses in various locations of Lagos have been completed while about 3,156 other houses in places such as Iponrin, Ijora, Ilubinrin, Obele, Ajora Badagry, Sangotedo Phase II, Oyingbo, Ibeshe Ikorodu were at various stages of completion. A total of about 4,554 new homes are in the works courtesy of this Scheme. The Lagos State government also intends to buy off homes from Private estate developers and channel same on the LagosHOMS Scheme for tenants desiring to own their own homes.

The good thing is that 'man know man' will not decide who gets these houses rather houses will be allocated to successful applicants via a monthly draw. The mortgage arrangement will spread over 10 years; winners are required to pay 30% of the cost of the property instantly and will be serviced monthly with a 9.5% annual interest as against the prevailing 11-24% being offered by private developers across Nigeria. Apartments under this Scheme include one-bedroom, two-bedroom and three-bedroom apartments with prices ranging between 3-30 million naira.

Requirements to take part or benefit from LagosHOMS entails that an applicant must be resident in Lagos, show evidence of registration with the Lagos State Registration Agency (LASRRA), present evidence of consistent tax payment, must not have owned a property or benefited from any previous government housing, and must live in the home allocated to him/her under the scheme. That is to say that beneficiaries are not expected to just get the house and rent it out, they are expected to reside therein. For more information on this, please visit www.lagoshoms.gov.ng