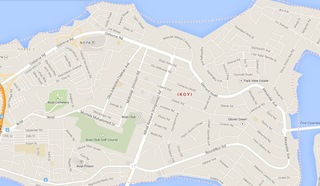 By and large, Ikoyi is a posh neighbourhood with a mishmash of exquisite residential apartments and commercial presence.
Ikoyi borders the Lagos Lagoon and takes up the eastern half of Lagos Island. It is one of the towns that make up the Eti-Osa Local Government Area of Lagos state.
Originally, the British Colonial Governments designated Ikoyi as a residential area for the expatriate community perhaps due to its proximity to the sea. However this arrangement changed with time with big establishments locating their corporate headquarters at Ikoyi. Ikoyi is home to the creme de la creme of the Nigerian society, from diplomats to senior company, business executives and senior public servants.

Cost of Accommodation in Ikoyi

Ikoyi is definitely a splendid place to live or work in. Peopled with well educated, enlightened group of residents and with a superfluity of luxury apartments in this part of Lagos, you can be sure to secure a comfortable accommodation comparable to those in Europe and America so long as you have the financial war chest. A typical 3 bedroom apartment in areas like Banana Island, Park view estate, attracts rent of as much as N24 million (about $150, 000) per annum while the average price of buying an apartment in Banana Island is upward of $8 million. It is common to see prices of real estate in this part of Lagos denominated in United States dollar. Banana Island an exclusive playground of Nigeria’s obscenely wealthy, is reportedly Nigeria’s most and expensive neighborhood – at par with the Seventh Arrondissement in Paris, La Jolla in San Diego, California and Tokyo’s Shibuya or Roppongi neighborhoods. Accommodation in places around Obalende and Dolphin estate are comparatively less expensive but still beyond the reach of many middle class folks.

World class businesses thrive and have their corporate headquarters in Ikoyi. The roll call includes but not limited to KPMG, Julius Berger, Zenon, Intercontinental WAPIC, NNPC among others.

Shopping and Places of Interest

Most of the roads in Ikoyi were constructed in colonial times but thanks to rehabilitation projects of the Lagos State Government, most of the roads are been reconstructed. Other Public infrastructures like electricity supply and potable water cannot be guaranteed but is definitely better than other areas of Lagos. This is not a problem to most residents of this area as they comfortably afford their own boreholes and sound proof generators.

Commercial transportation in Ikoyi is also better organized than what is obtainable in different parts of the metropolis because there are dedicated commercial buses conveying passengers to and fro Ikoyi. With the exemption of taxis, other commercial vehicles such as buses are banned from Banana Island, Park view, Osborne road and Dolphin estate. Cost of goods are generally expensive in Ikoyi because of the impression that it is a posh neighborhood. However one can get good bargains around Obalende axis.

Ikoyi is home to the creme de la creme of creche, primary and post primary educational establishments in Nigeria. They include: Corona Schools situated at Mekwunwen Road, Banana Island School located at 227 close, Banana Island, Greenwood House School situated at Parkview Estate. Fees in some of the aforementioned schools is upward N5 million naira per annum.

There is never a dull moment in Ikoyi. Top of the line night clubs and world class hotels abound in and around Ikoyi axis. Some of the clubs include: Club 10 (reportedly owned by JJ Okocha) is located at Saka Tinubu Street. Another club known as "The Vault" sits at Idowu Martins Street; Club Towers is at Idowu Taylor Street. Intercontinental Hotels and Radisson Blu Anchorage Hotel amongst others are also round the corner.

Ikoyi is generally a serene, peaceful and safe neighborhood; it boasts of one of the lowest crime rates in Lagos state. Illegal structures seldom spring up easily in Ikoyi as the residents associations which are known to be dogged and conservative will quickly rise to the occasion and put a stop to it.