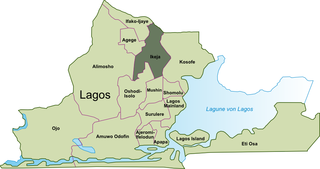 In this series, we shall be chronicling different parts of Lagos State vis-a-vis what makes them tick, cost of accommodation, commercial activities and so on and so forth.

Where else can we begin this series than from Ikeja - the Lagos State Capital/Seat of Government. Ikeja is part of what is known as Lagos Mainland. As well as been the State Capital, Ikeja is also a Local Government Headquarter. Official census figure put the population of Ikeja at about 4.5 million people which is keenly contested by the Lagos State Government. However, A United Nation's 2011 data suggests Ikeja is plausibly home to 11.2 million people. Ikeja is one of the most densely populated parts of Lagos State.

A bit of history before we proceed. Ikeja is said to have been founded and named after an Awori hunter called Akeja Onigorun. Notable communities in Ikeja include Ogba, Opebi, Alausa, Maryland, Anifowose, Agidingbi, Oregun, Idu-Iroko, Ipodo, Akiode and Ojodu.

Ikeja was once a well-planned and serene environment  but it appears the original master plan has been bastardized by lax enforcement of town planning regulations. This has given birth to a situation where a lot of hitherto residential buildings are converted to commercial premises. A classic example is the popular and chaotic Ikeja Computer Village. It is commendable that the Lagos State Government has concluded plans to relocate the Ikeja Computer Village to a suburb of Lagos. This will free up a lot of residential apartments in this area. Ikeja boasts of good access roads, fair electricity supply and other public amenities compared to other parts of Lagos. Notwithstanding, there is still some sanity in some parts of Ikeja such the GRA, Ojodu, Omole Estate which are home to the creme de la creme of the Nigerian society as well as expatriates. Cost of renting a 3-bedroom flat in Ikeja range from N1.5 million (Agidingbi), N3.5 million (Ikeja GRA), N3 million (Oregun), N1.5 million (Opebi and Adeniyi Jones area). This is just a guideline, there are cheaper locations.

Ikeja is home to a roll call of world-class hotel's such as Sheraton, Protea, Lagos Airport Hotels. Popular night clubs in Ikeja include: Africa Shrine, AliBaba Nite Club, Dee Captains, Motherland, Sea Garden, Planet One Hospitality, The Place Restaurant & Bar amongst others. The entrance of the Ikeja Shopping Mall have redefined the commercial landscape of this part of Lagos state. Ikeja is also home to global brands such as Guinness PLC, Dunlop PLC, CAP PLC, Cadbury PLC etc.

Don't forget that two airports: the Murtala Mohammed International Airport and the refurbished local airport are located in Ikeja. The presence of the Ikeja Military Cantonment, Nigerian Air Force Base, Ikeja Police College and other Security Agencies in and around the Ikeja axis brings some sense of security. Ikeja is in the heart of Lagos.

There is never a dull moment in Ikeja, from the hustle and bustle of wheeling dealing traders at the Computer Village to the red light districts of Allen Avenue, the story is the same.