There are 1 available flats, houses, land and commercial property in Nkwerre, Imo, Nigeria. The property have been listed by estate agents who can be contacted using the contact information provided for each property listing. The list can be filtered by price, furnishing and recency. 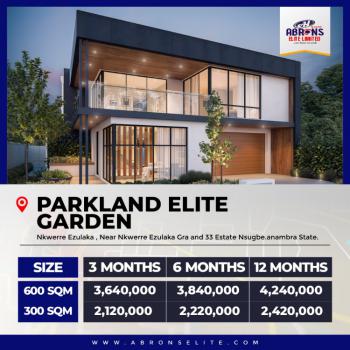 This land is free from government acquisition because it has been registered. get instant allocation immediately after the payment. flexible payment plans available for 3 months, 6 months, 9 months and 12 months. for site inspection and further enquiries, call/whatsapp +2348028973...

Imo is a state located in the south east part of Nigeria with its capital city as Owerri. Imo state was created on February 3rd, 1976 out of the former East Central state during General Murtala Mohammed era. It is named after the Imo River which flows from the uplands of the state around Okigwe into the Atlantic ocean.

The state is bound by Anambra State to the North, Rivers State to the South, Akwa Ibom State to the East and to the West by Delta State. It lies within latitudes 4°45²N and 7°15²N, and longitude 6°50²E and 7°25²E.

It is nicknamed "the eastern heartland"

Imo state is part of Igboland and the original inhabitants are lgbos, a culturally homogeneous group. lgbo is the language spoken throughout the state with different dialects spoken in different parts.

Some other major towns in Imo state are Okigwe, Oguta, Orlu, Mbaise, Uzoagba and Emekuku. The state is rich in crude oil, natural gas and fertile, arable agricultural land.

How many flats, houses, land and commercial property in Nkwerre, Imo are available?

There are 1 available flats, houses, land and commercial property in Nkwerre, Imo.