Property for Rent in Awka, Anambra 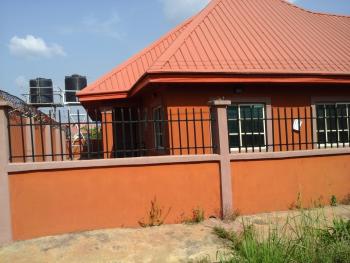 The flat is located in an open place at Ngozika Estate. First payment must be for at least two years.

Awka is the capital city of Anabra state, Nigeria. The city is located north of Port-Harcourt in the centre of the densely populated Igbo heartland in south east Nigeria. The West-East Federal highway links Lagos, Benin City, Asaba, Onitsha, and Enugu to Awka and several local roads link it to other important towns such as Ekwulobia, Agulu, Enugwu-Ukwu, Abagana and Nnewi. Strategically, Awka is located midway between two major cities in Northern Igboland, Onitsha and Enugu which has informed its choice as an administrative center for the colonial authorities and today as a base for the Anambra State government.

Awka comprises seven Igbo groups sharing common blood lineage divided into two sections. Ifite Section, the senior section, comprises four groups, Ayom-na-Okpala, Nkwelle, Amachalla, and Ifite-Oka followed by Ezinator Section, which consists of three groups, Amikwo, Ezi-Oka and Agulu. Each of these groups has a number of villages. All together, Awka comprises 33 villages. Christianity is the dominant religion here. Awka has a large university community which at times comprises around 15% of the population of the town. It hosts two primary universities of higher/tertiary education - Nnamdi Azikiwe University and Paul University.

Currently available for rent in Awka