There are 1 available flats, houses, land and commercial property in Igbo Etiti, Enugu, Nigeria. The property have been listed by estate agents who can be contacted using the contact information provided for each property listing. The list can be filtered by price, furnishing and recency. 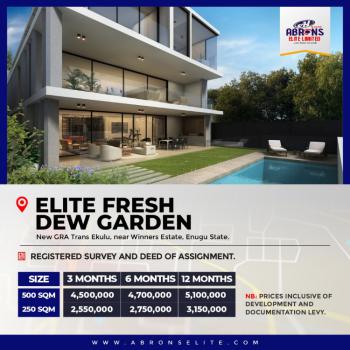 This land is free from government acquisition because it has been registered. get instant allocation immediately after the payment. flexible payment plans available for 3 months, 6 months, 9 months and 12 months. for site inspection and further enquiries, call/whatsapp +2348028973...

Enugu state is a southeastern state in Nigeria with its capital city as Enugu. It was formed in 1991 from Anambra State. Less formally, it is also known as the Wawa state, because the people in this area respond with wa (used as an emphasising ânoâ) rather than mba used in other parts of Igboland. It is also popularly known as 042.

Enugu is bound by Kogi and Benue to the north, Ebonyi to the east, Abia and Imo to the south and Anambra to the west, covering an area of around 8,730 km2

Enugu state has a population of about 3 million and home to the Igbo speaking people, widely noted for their industry, entrepreneurship, resourcefulness, travelling and most importantly hospitality (it is custom to greet people very warmly first, asking about their family and health, before starting any business).

The major cities in this state are Enugu, Awgu, Agbani, Udi, Oji-River and Nsukka.

How many flats, houses, land and commercial property in Igbo Etiti, Enugu are available?

There are 1 available flats, houses, land and commercial property in Igbo Etiti, Enugu.