There are 8 listings and 1 available flats, houses, land and commercial property in Ido-Osi, Ekiti, Nigeria. The property have been listed by estate agents who can be contacted using the contact information provided for each property listing. The list can be filtered by price, furnishing and recency. 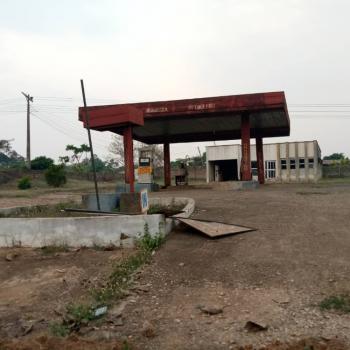 The filling station is on the main road along ifaki- ikole road, ifaki ekiti, ekiti state. it has an ample parking space, an office building with a bay!.it has a necessary documentation and registration with the government. price-20,000,0...

Ido-Osi is a Local Government Area (LGA) in Ekiti state, Nigeria. The local government is full of rural towns and villages that cherish education and has almost 10% of the total professors in the country, and one of the local government districts of the Ekiti State. It is very close to other local districts, Moba, Ijero, Ilejemeje and Ado. The local government comprises of the following towns Aaye, Ido, Usi, Ayetoro, Ilogbo, Osi, Ifaki, Orin, Ora, Igbole and some other smaller villages.

The Local Government is basically characterized with people cultivating root crops and grains such as yam, cassava, maize, rice and so on. There are a few cottage industries in the Local Government devoted primarily to processing of agricultural products. Other Industrial undertakings are in the area of printing, bakeries, weaving, carpentry, etc. Each of the towns in the Local Government Area has cultural festivals which are celebrated at different times of the year. For instance, the Ifaki people have the Okorobo Festival.

How many flats, houses, land and commercial property in Ido-Osi, Ekiti are available?

There are 8 listings and 1 available flats, houses, land and commercial property in Ido-Osi, Ekiti.