There are 14 listings and 1 available flats, houses, land and commercial property in Yola, Adamawa, Nigeria. The property have been listed by estate agents who can be contacted using the contact information provided for each property listing. The list can be filtered by price, furnishing and recency. 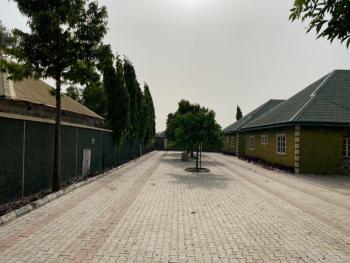 Yola is the capital city and administrative centre of Adamawa state, Nigeria. The city of Yola was established in 1841 and is split into two parts; the old town of Yola where the Lamido resides is the traditional city but the new city of Jimeta is the administrative and commercial centre. Yola is an access point to the Gashaka Gumpti Nature Reserve, which is the largest national park in Nigeria, the Ngel Nyaki montane forest reserve, the Mambilla Plateau, The Sukur UNESCO World heritage site, which is Africa's first cultural landscape to receive World Heritage List inscription, The Yadin Waterfalls, The Kiri Dam on the Gongola River, The Benue national park in nearby Cameroon, The Waza National Park, and Cameroonian town of Garoua, which lies across the Border, on the Benue river.

The town is home to various institutions of learning, such as the: American University of Nigeria- AUN [which is Africa first and only development university], Adamawa State Polytechnic, The Modibbo Adama University of Technology Yola (MAUTECH) previously known as Federal University of Technology, Yola, located about 10km north of the city on the road to Mubi, The Federal Government Girls College, Yola, AUN Academy (ABTI Academy), Aliyu Mustapha Academy, Chiroma Ahmad Academy, Ahmadu Ribadu College, MAUTECH university secondary school, Concordia College (which was nominated as the best post primary school of the year 2007 by the National Association of Nigerian Students). and many other educational institutions.

How many flats, houses, land and commercial property in Yola, Adamawa are available?

There are 14 listings and 1 available flats, houses, land and commercial property in Yola, Adamawa.